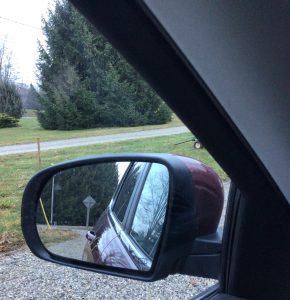 “No man is an Island, entire of itself; every man is a piece of the Continent, a part of the main.”
John Donne’s Devotions (1624).

Looking back, now that 2020 is almost over, was there any way we could have prepared for this year?   We have had to adapt in ways that we pronounced as “weird,” endured periods of solitude that gave most of us more time for contemplation than we’ve ever had before, discovered strengths and weaknesses in ourselves that we’d never known before.  We ached for those who grieved lost loved ones without the support of friends and larger community.  Hospitals became places to avoid at all costs, since visitation was restricted.   Families of seniors were reduced to standing outside patios of nursing homes at a minimum of 6 feet distance, sometimes shouting to hard-of-hearing parents.  Parents faced Catch-22 situations about their children’s education.

But there was a wisdom about this pandemic that seemed targeted to us all.   In a complacent world where the divide between rich and poor led to exploitation of the vulnerable, it was time to see how we acted entitled in so many ways.  We expected to have full grocery shelves, to choose food that has been brought in all over the world, all year long.  We expected to be able to travel all over the world if we so chose.   We didn’t necessarily consider fuel efficiency if we needed to run an errand.  Investors in stock markets seldom tracked their profit to its source in human and environmental costs.

It seemed as if nature had suddenly revolted against our rapacious ways, and humbled us all, great and small, with a tiny virus.  It was time we stopped turning a blind eye to the wrongs, and also time to open our eyes to what was truly valuable.

Because there was also silver linings.  We had no option but to be creative, to be more efficient, to trim the excess from our lifestyle.   Like all good discipline, the temporary pain can result in valuable payoffs.  We began to see that people of other generations had lived through far more difficult scenarios: war and plague and economic hardship. It was inspiring to watch people to come up to speed with the virtual world, motivated by the need to keep in touch with family and community.    People went back to basics in their own kitchens, their enthusiasm temporarily causing shortages of flour and yeast in grocery stores.   Excuses of “being too busy” didn’t hold, and we realized that most of what we wanted was a matter of perseverance and self-discipline, not a lack of time.

And realized just how connected we were, no matter where in the world we lived.  While we were attempting to live in isolation, in reality, there is no such thing.

On the home front, I finally overcame my Facebook resistance.   This then led to joining a local Writer’s Guild Facebook page, and eventually to meeting a group of unself-consciously creative and fun people.   Our local library, too, provided rich virtual resources.   On Kanopy.com, we could watch courses like Scriptwriting and How to Draw.  Harvard EdX’s  free audit offerings included courses like Shakespeare’s Othello and  World Literature.  While our world became smaller, it also became bigger.

So, yes, 2020 did become a year where we began to see so much more.  In retrospect, preparation should have begun long before we got here.  We need to live by real values, honouring the earth,  its peoples and all creatures, and most of all honouring its Creator.  Life, for us, will never be the same, as healthcare and political and economic systems have all been affected.   The pandemic will continue its impact on our lives in many ways, bring about unforeseen consequences.

But humankind has been through uncertainty before.  In 1939, on the brink of war, King George read a Christmas speech that his 13-year-old daughter Elizabeth had drawn to his attention.  It is still timely today.

“I said to the man who stood at the Gate of the year
Give me a light that I may tread safely in the unknown
And he replied, ‘Go out into the darkness,
and put your hand into the hand of God;
That shall be to you better than light
and safer than a known way.’
So I went forth, and finding the hand of God,
trod gladly into the night.
And he led me towards the hills,
and the breaking of day in the lone East.”

(From a collection called ‘Desert”)

On my hands and knees
I wash the floor
Work with so little prestige
A lowly chore.

The old man, the old woman
Are lulled to sleep.
In the placid afternoon
The time is mine to keep.

Like Mary, I can now rejoice
To sense He is mindful of me.
Humble, he joins our low estate
The greatest gift, if we just let it be.