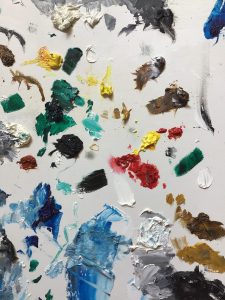 Human creativity is a fascinating topic, and the subject of much research.  Where do people get ideas?  Or the curiosity and perseverance that has them working long hours on their craft?   In what kinds of environments does creativity thrive?  How is it supported by others in a community who are perhaps not so obviously creative, as they go about their humble chores in society?  A society has to have the resources to support artists.

In the case of craft, you need to have the tools of the trade available.  Pens and brushes, ink and paint, carving tools and computers, yarn and needles.  We need raw materials from the earth’s resources, designers and manufacturers in factories, marketing and transportation links.  The computer I am writing on is a product of collaboration that goes back many years.

Inspiration itself means breath, which implies that we receive from outside ourselves, and many creative people prepare by being receptive to the Divine.  We acknowledge that our resources are limited.    We allow time so that the unconscious mind incubates and contributes with insights that often appear to come out of the blue.

Creativity appears to increase as we interact with others in art, technology, or science, ideas begetting more ideas exponentially.    In theatre or other group dynamics, iron sharpens iron, and giftedness of one enhances the giftedness of the other.  It’s been noted that often inventions arise simultaneously in different parts of the world, once the building blocks that allow new combinations are discovered and shared.  If, for example, you had a limited number of letter blocks to use for your vocabulary, even the addition of one letter would make possible thousands of new words.  In the same way new theories open up more avenues of exploration.

One generation passes down their knowledge to the next.  When we were children living in rural Ontario, we could attend the local 4H Club (Head/Heart/Hands/Health), which offered both social connection and the opportunity to learn farm skills.  There were volunteers at school who taught knitting and sewing, and I have fond memories of the neighbour who, with painstaking patience, taught me how to crochet.

We need the encouragement of others because often there’s a discrepancy between the genius of our idea and its reality.  There is the fear that the incarnation of your imagination will prove to be insignificant or even paltry once exposed to the real world.

But it’s important not to give up.  The creation of a functioning machine may require many failed attempts, but sometimes these “mistakes” open doors to all kinds of new possibilities.  In small ways and in small steps, we can make a contribution to the wellbeing of the world. 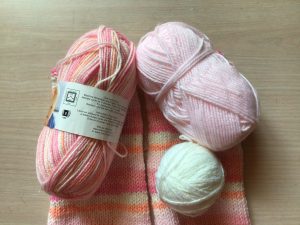